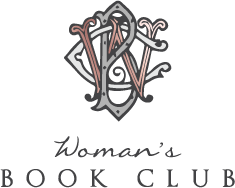 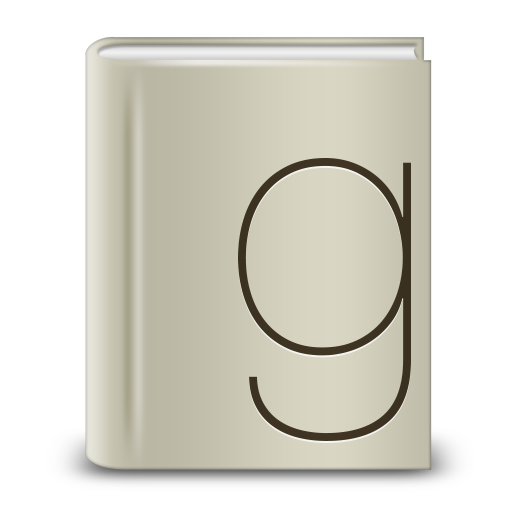 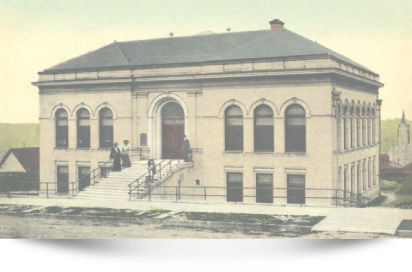 “The city of Everett was barely three years old when a group of local women gathered at the home of Mary Lincoln Brown on June 10, 1894. On that warm summer evening, these wives of prominent professional and business men admired the fine jelly made earlier that day by Mrs. Brown and then turned their attention to the need for a public reading room. The women were accustomed to getting things done. Many of them had been involved in the grass roots effort that produced Everett's first hospital that same year. It was, in fact, the lack of reading material for hospital patients, along with the ladies' own interest in cultural pursuit, which spawned the idea for a reading facility.” *

By the end of June, twenty-three charter members had organized a book club with four “departments,” which met every other Monday afternoon, and by the end of the year, they had petitioned the mayor and city council to open a free public library in the city, had begun collecting books, had joined the General Federation of Women’s Clubs. In addition to discussing issues, their meetings included musical programs as well as programs on a variety of timely and literary topics. The Club would have a broad aim of improvement of the mind through the study of literature.

1895 – 1899: By the summer of 1896, the goal of acquiring 1,000 books had been met, but it took constant effort and two years before the books were set up in three rooms of the City Hall, administered by a librarian. In addition to these activities, the Club held programs, which included such discussions as the works of Charles Dickens to “Japan in the Last Half Century.” A Gentleman’s Night became an annual activity and the first Foremothers Banquet was held December 11, 1899.

1900 – 1909: The Club continued in its community betterment efforts. Members lobbied Olympia against the sale of cigarettes to minors, for manual training in the schools, and they pushed the idea of traveling libraries to serve outlying areas. Programs on various topics continued, presented by each of the departments in turn.

1910 – 1919: Club members continued their social involvement, lobbying for free kindergartens and better sanitary conditions in the city produce stands. National suffrage was discussed on at least two occasions during meetings in 1916. After the start of WWI, the Club focused on activities such as sewing parties for the Red Cross and the sale of War Savings Bonds and Thrift Stamps. Contributions were made to the War Library Fund and the Red Cross.

1920 – 1929: Several Club operational changes occurred in the 1920s. A Junior Department was created for young women, and Cora Spriesterbach was appointed to the newly established position of Historian, which she held for the next 30 years. In 1922, a number of native trees were planted in Forest Park. Club members sold "Save A Tree" buttons to raise money for preservation of one of the few remaining stands of old growth Douglas Firs along the highway to Snoqualmie Pass. Music was frequently featured at meetings, more so than in earlier years, and even included original compositions by Club members.

1930 – 1939: Everett, along with the rest of the country, suffered hard times during the Great Depression. The Club continued to focus on community needs and social causes. In 1935, a resolution condemned the glorification of crime in certain radio shows. Programs included reviews of plays and Gone with the Wind. In 1934, one of the remaining Club founders, Mrs. C.C. Brown (Mary Lincoln), was honored with the placing of a fresco of events in her life in the new library. The deteriorating small fresco was redone as a mosaic in 1957 by local artist Signe Hedlund.

1940 – 1949: After the Japanese attack on Pearl Harbor, the Club was again immersed in the war effort, donating money and Christmas packages for the military stationed at Paine Field in south Everett, sponsoring nursing fellowships, and doing volunteer work with the USO and Red Cross. The Historian included war news along with the meeting reports. In 1944, a 50-year celebration was held in the Monte Cristo Hotel. The tradition of donating a book to the library in remembrance of a deceased member was begun and is still in effect today.

1950 – 1959: The uneasy post-WWII peace, known as the Cold War, often was the subject for monthly programs. Frequently the speakers were professors from the University of Washington or locals who had traveled through Europe. Community involvement continued with the establishment of an Everett Junior College loan fund in 1955.

1960 – 1969: The Club's general meeting programs had evolved into a pattern of one featured speaker per program. Topics included many book reviews by members and critics. When the huge Boeing plant was being constructed in south Everett, for example, a company representative explained the operation and the impact the new plant would have on the community. By mid-decade, the country was locked in the Vietnam War, and the various speakers—government officials, military experts, and university professors—reflected the divergence of thought throughout the country.

1970 – 1979: Speakers in the early 1970s addressed the topic of illicit drug use and abuse and youth alienation. When Boeing drastically reduced its workforce, economist Minor Baker discussed with the Club the causes and company forecasts. Controversial topics filled the program presentations: ecology and the environment, drug use and abuse and youth alienation, the emerging role of women and the topic of sexuality. The Club continued its close affiliation with the library. In 1975, the Club contributed $2,000 to the Northwest History Room, a proposed repository and research center for local history; purchased two magnifying stands; and provided a catalog for the Book Club memorial books.

1980 – 1989: Financial gifts continued to the library and to the Everett Community College Library, which suffered a devastating and tragic fire in 1987. Program speakers and themes were as varied and interesting as ever throughout the next couple of decades, ranging from stress management to the introduction of a minor league baseball team. Childcare was offered during meetings for several years.

1990 – 1999: The Club supported a south Everett branch of the library and had promoted the bond issue that led to the update and expansion of the 1934 building. Meanwhile Boeing expanded and Naval Station Everett was built. On July 2, 1994, the Woman's Book Club celebrated the 100th anniversary of the Club’s first meeting. The membership numbered just over 400 in 19 departments.

2000 – Present: Our members have witnessed and been part of an amazing period of our local history. The recurring themes throughout our Club history are service and social relevance. Our members have, personally and collectively, donated their time, money, and passion to improve the library, the community, and the lives of those who are a part of it. As Lawrence E. O’Donnell observed in his 1994 centennial history: “the Book Club is well positioned for another remarkable history.”*

* Lawrence E. O’Donnell, Woman’s Book Club of Everett, Washington, Centennial History, 1894 – 1994, published by the Woman's Book Club, and accessible through the Northwest History Room of the Everett Public Library. The Club archives include a wealth of material as well. The above information was abstracted from O’Donnell’s book.

Today we have over 300 members meeting throughout Snohomish County, Washington. But our club began with 23 women living in the new town of Everett over 125 years ago.

We continue to do what those women did: share ideas, learn from each other, find inspiration, work to better our community, and read good books. 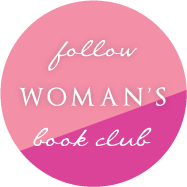